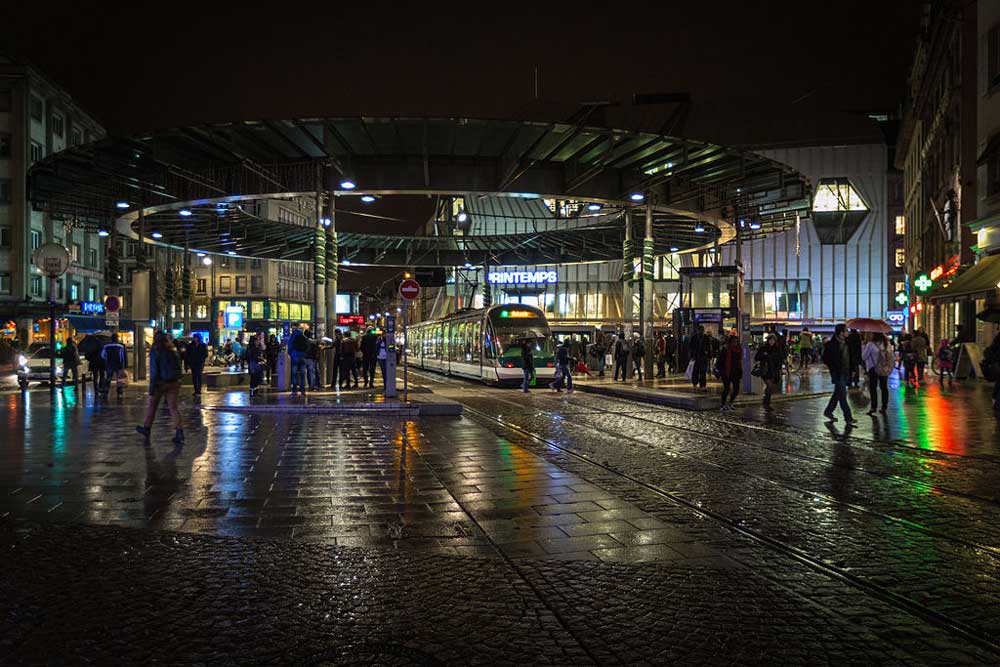 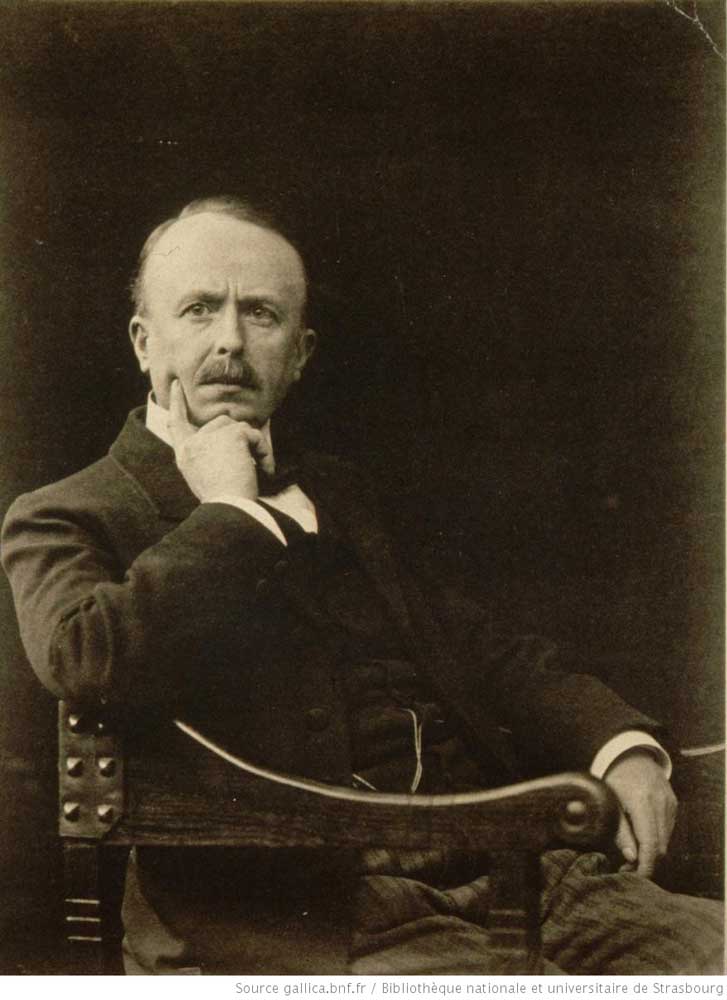 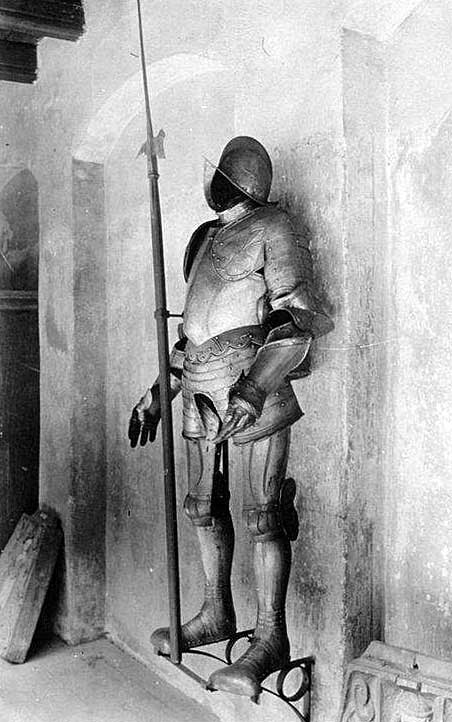 We are here dealing with a shopkeeper who wished to display a sign heavily reminiscent of his trade: that of an armorer.That’s right! What better than an armor above an armory? For once, we are more on the ingenious side, so much so that it stayed up there to this day…
Now, let us be a bit more specific on that very point. It was this watcher’s turn to guard the area in 1742 and, given he never failed with his duty for a duration no one would have endured (more than a century!), the city of Strasbourg decided to grant him a proper retirement in a far less crowded place (too bad!): the historical museum of Strasbourg. Now the new boarder is cared for by the staff there, where he enjoys a well deserved rest. 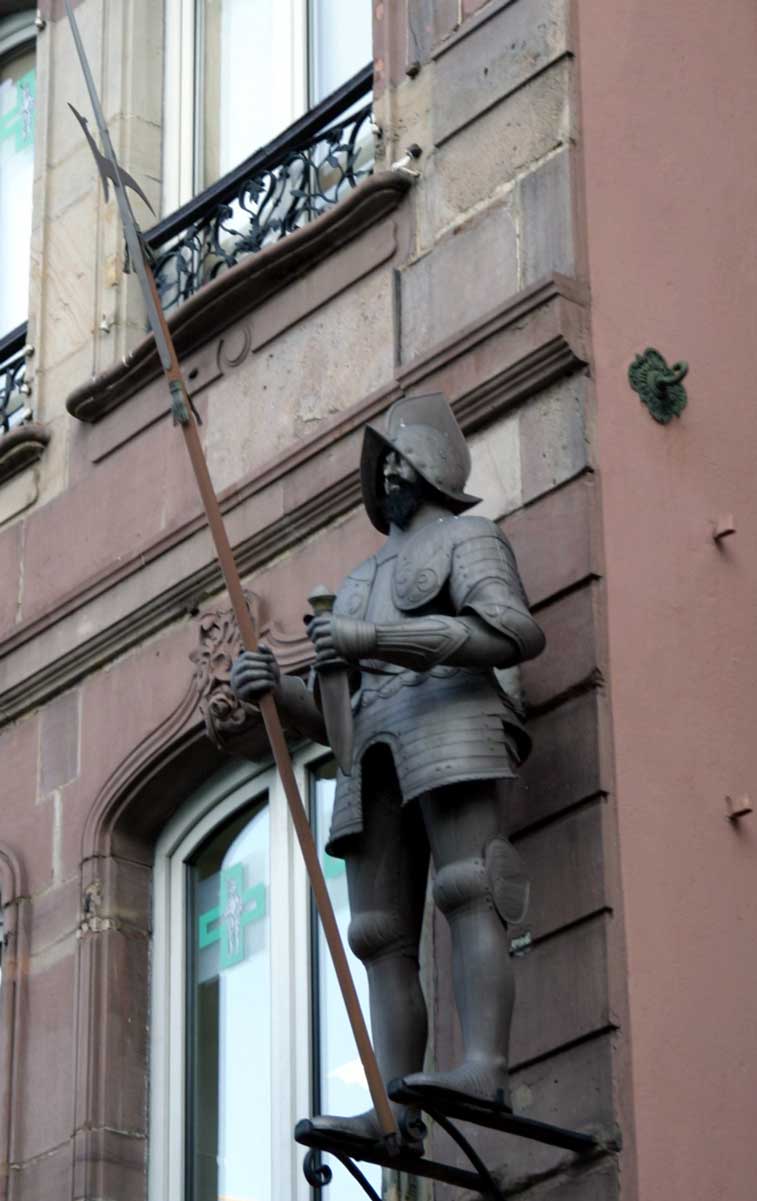