The Valentine’s Day in all its forms

The story of Valentine’s Day… February 14th was yesterday, and you may have celebrated this day in charming company, celebrated your love as is the custom, perhaps you have even re-read the article by Remy on “Strasbourg mon Amour”? Or maybe you think it’s just a commercial celebration that doesn’t deserve attention? In both cases you may be wondering why we publish an article on the subject the day after the festivities, post-war one could say… Well, it’s quite simple, I did not want to spoil this moment for lovers who like to celebrate Valentine’s Day, and those who hate it, may still get some satisfaction out of the following horrible story.

Yes, I said “horrible” story, because even if the origins of this holiday are far from being perfectly clear, its various origins, more or less admitted, are far from romantic. Are you ready ? ????

In the Rome of antique era (you got the lame pun? Yeah, sorry, works better in French…), On February 15th we celebrated the Lupercalia or festival of Faunus, the god of fertility, called Lupercus because he kept wolves away (lupus means wolf in Latin). The Luperci, priests of Faunus therefore, sacrificed a goat to their god in the Lupercal cave where, according to the legend, the wolf had breastfed Romulus and Remus. With the bloody knife, the priests touched the foreheads of two young people. With the skin of the goat were made leather strips with which the young people ran everywhere to whip the women they encountered in their path who wished to receive the gift of fertility. Just goes to show that sadomasochism is nothing new… That’s a good start, isn’t it?
Note that these Lupercalia were held in the month of February which comes from the Latin word “februare” which means “to purify”: whipping young women was in fact a story of purification. Ladies, how happy are you not to have experienced the romantic Ancient Rome?

Already there are several Saint Valentine, according to my research: between 3 at the strict minimum and up to 13. I will therefore only mention one, that of the legend used by Christianity in its holy educational mission of the world: Saint Valentine of Terni (or of Rome), so we don’t go too far away geographically speaking.

It is said that Valentine was a Roman who lived in the 3rd century under Emperor Claudius II the Gothic. Having trouble recruiting his soldiers, Claude logically thought his men’s homes, wives and children were the source of the problem, and decided to ban marriages. But a valiant priest continued all the same to celebrate marriages: the priest Valentine. When the emperor found out, he immediately had him arrested and sentenced him to death. While Valentine was in prison he met his guardian’s daughter who was blind. The story goes that Valentine restored the sight of his beloved by sending her a little note signed “your Valentine”, just before being beheaded around the year 270 on February 14th.
How cute is that, right? 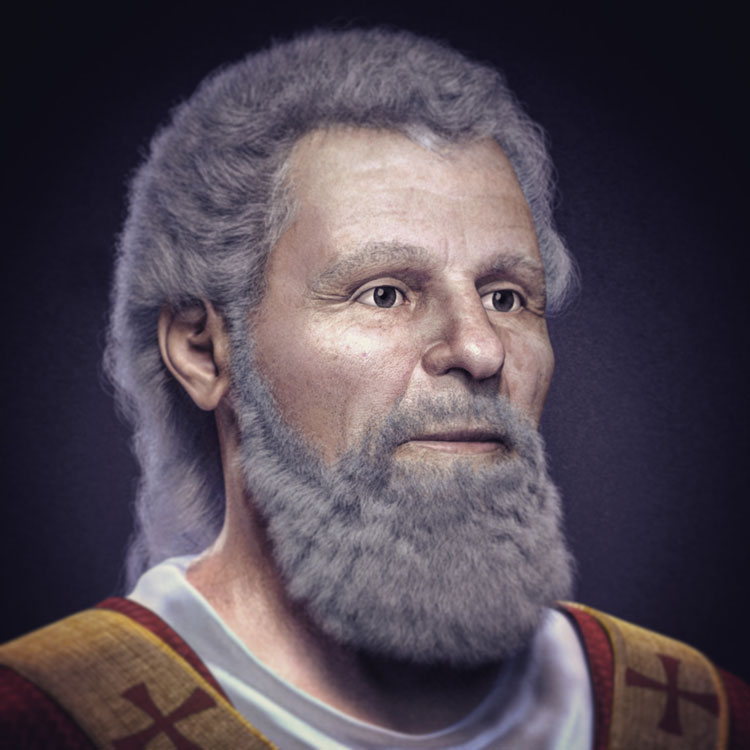 Well, this Saint Valentine did exist, but the story I just told you is largely fictionalized, if not completely invented. In fact, as with Christmas Day, Christianity did not like pagan holidays. Pope Gelase Ist (492-496) therefore invented a beautiful story around this brave Valentine (Valentine comes from the Latin “valens”, brave) to eradicate the pagan Lupercalia, by making him patron saint of lovers, with a well-chosen date. The big replacement is nothing new either… Apparently, the only sure thing is that this Valentine was celebrating weddings under special conditions.

But let’s step forward in history, and find out that Middle Ages are even worse than Antiquity. See this cute little teddy bear we use as gift for Valentine’s Day? Well apparently he would come straight down from bear festivities, and believe me, you might change your mind about teddy bears… 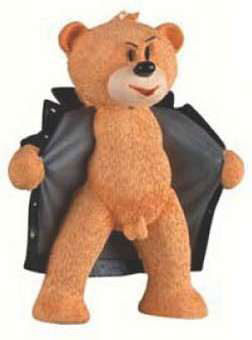 The bear, from time immemorial and until Middle Ages, is a central character of European myths, seen both as the king of animals and as the closest to man by his behavior, intelligence or “feelings”, and is associated with an overflowing sexuality. In Central Europe, during carnivals, men disguise themselves as bears to please women, and indulge in love and sexual rituals. This is the politically correct version, but in fact, men dressed up as bears to “chase” women out in public places and bring them to their “den” to do all kinds of things to them, including – obviously – rapes.
We’re good here, aren’t we? But let’s go further, these “traditions” were even widely tolerated because they were perceived as a positive development. Before that, we were more oriented towards the gang rape of young girls. Not a new concept either!

And again, I will spare you the fortuitous connection with the “Saint Valentine’s Day Massacre”, when in Strasbourg under the cover of the Black Plague, hundreds or even thousands of Jews were massacred… Ah well no, I did not spare you, sorry ???? 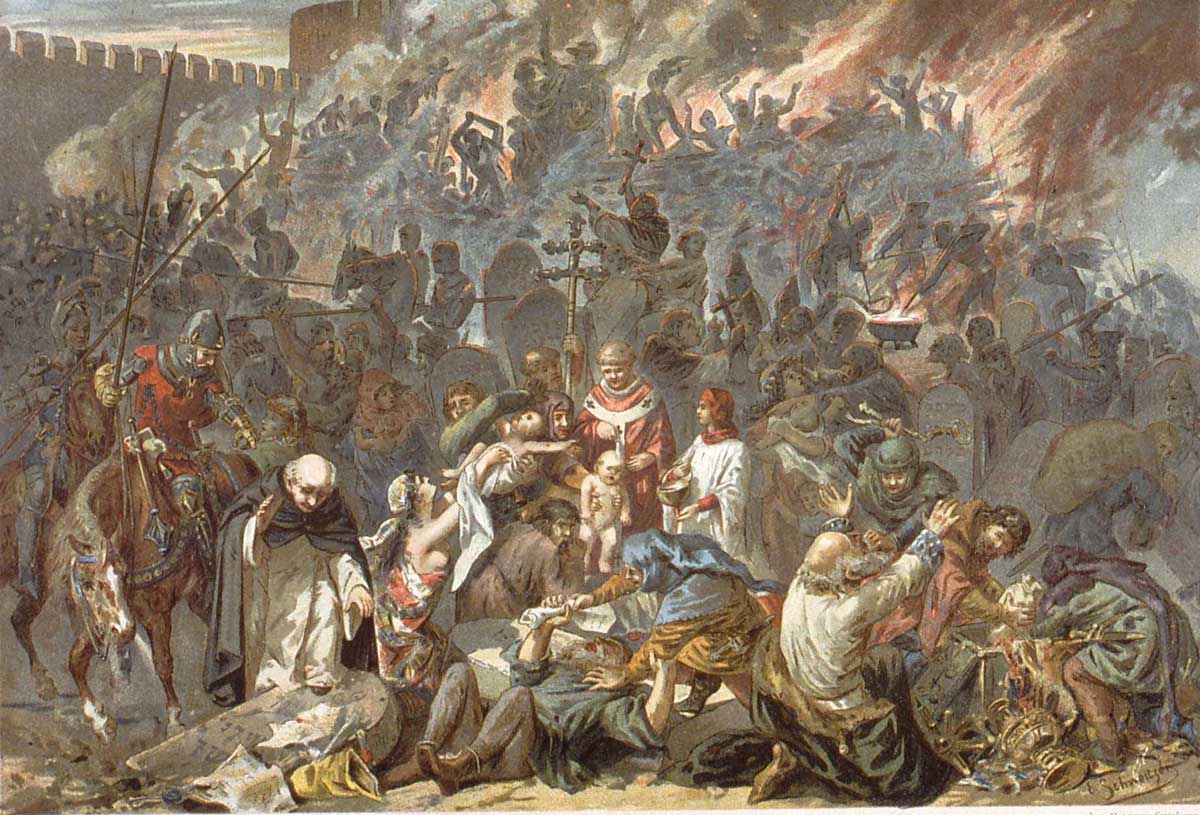 You will understand that if today Valentine’s Day celebrates couples, formerly these celebrations were intended for single people, it was quite the opposite! Consequence of the thing: the young women being deflowered, they can’t be married anymore, they then had to resort to prostitution. To overcome this problem (and perhaps allow women to escape male violence) we organized “Valentinages”, a kind of love lotteries where men and women were allowed to meet outside of marriage. These lotteries were held at different times of the year, depending on the village. This practice was then a way of “channeling” male violence and protecting women.

It was from the 15th century onwards that manners softened. Love became more gallant and romantic: the knight recites love, the poet writes it on parchments. Finally, there were letters and the emergence of postcards. This poetic turn was initiated in France and then spread to England, where since the 14th century, February 14th was celebrated as lovers’ day because it was believed that birds chose this day to pair. In 1840, these English cards reached the United States and instantly met a huge success, when the brand-new country was looking for sentimental holidays. 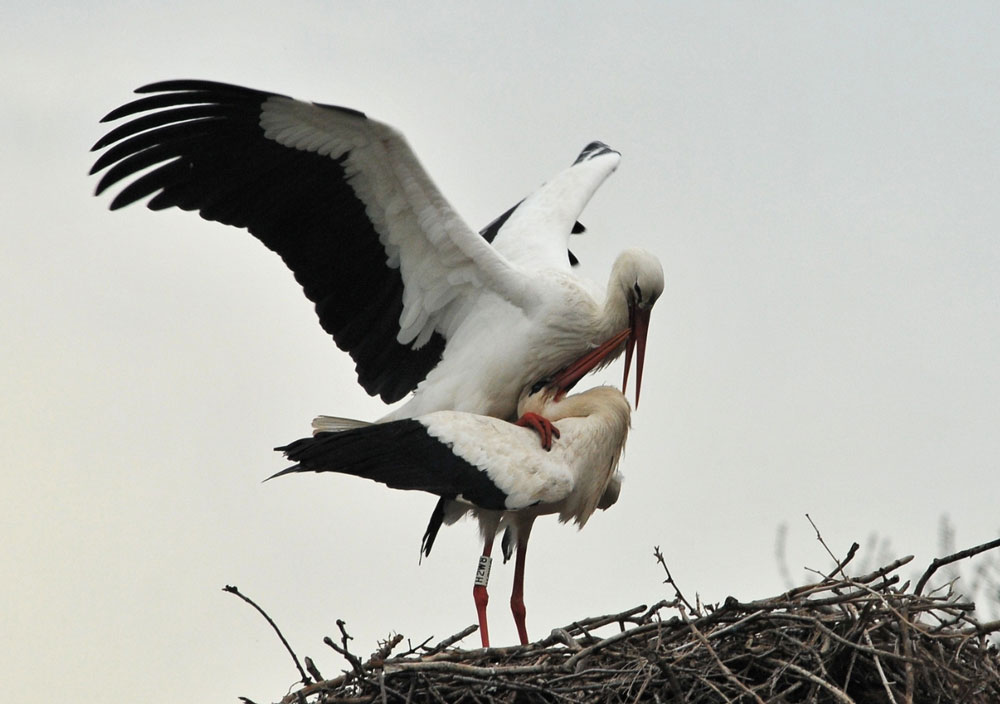 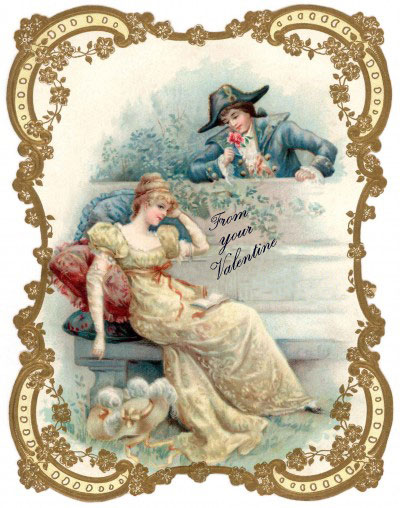 It was therefore in the 19th century that the Valentine’s Day card appeared in the United States and marked the beginning of commercial love. Indeed, the American authorities promoted this festival and developed it with the card industry. With a boost from advertisers, the Valentine’s Day card was extended to include objects and promoted through cultural practices, such as dining out and the (in)famous teddy bear.

In France, Valentine’s Day was no longer really celebrated since the same 19th century, but returned to fashion after the Liberation. American soldiers, in addition to bringing us chewing gum and refrigerators, flirted with the French women by telling them about this love day. Helped by the women’s magazines which praised the “feast of lovers”, Valentine’s Day was reborn in the form we know today.

Note that in Anglo-Saxon countries, we also celebrate friendly love, unlike back home in France. It is therefore up to us, if we do not like what this festival has become, to reclaim it for ourselves, and to celebrate love as we see fit, trying if possible, not to be inspired by too old ideas of love …

Yes, we had to end on a slightly positive note! With these nice words, you now have a year to think about what you will do for the next Valentine’s Day. And if you need inspiration, we can as always take you on a guided tour, on this theme or another.???? 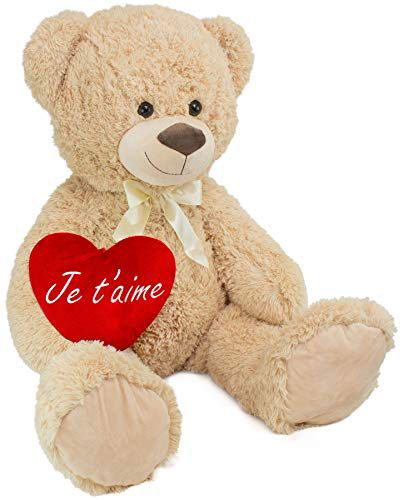