In a former article, we took a closer look at the Valentin-Sorg tower, an iconic building of Strasbourg’s downtown area, even though most people here find it ugly. Today, let us check another one of those disparaged buildings: the Maison Rouge (the Red House).

Be it the result of chance, of coincidence or of a conspiracy, it so happens that this small, outdated-looking shopping center stands right in the middle of the Place Kléber, at a stone’s throw from the aforementioned tower! And the least we can say about it is that it does not leave people indifferent either! 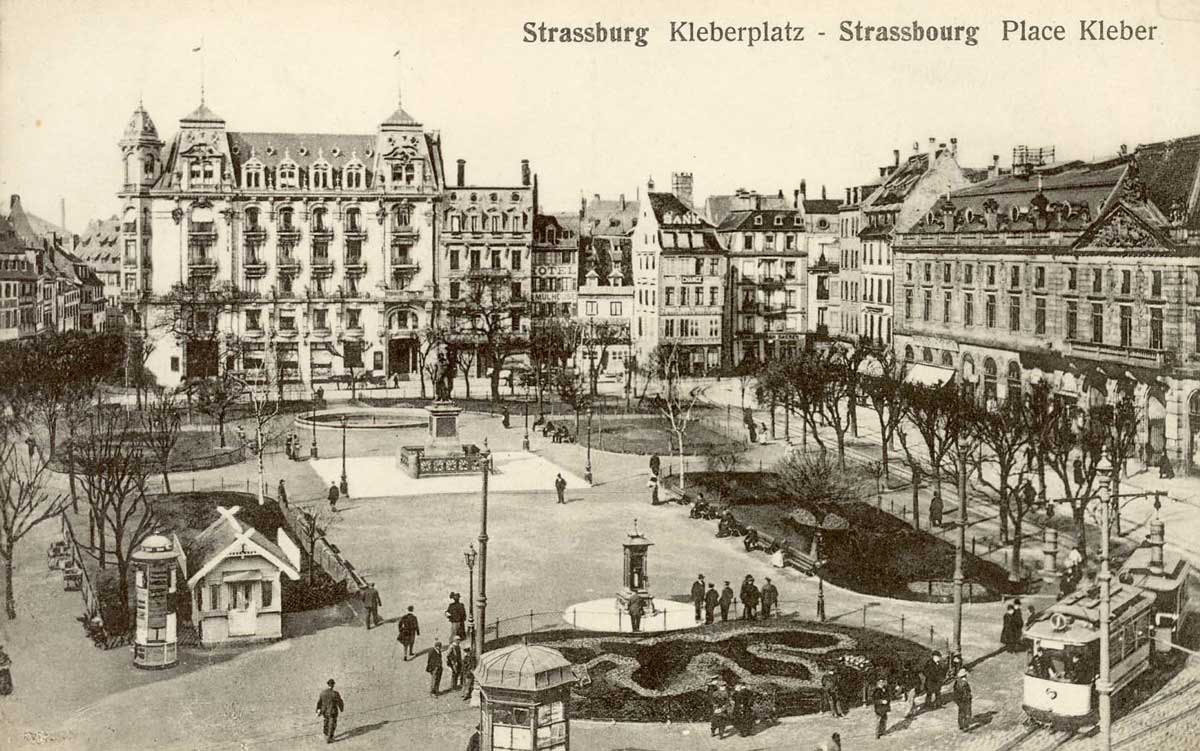 However, before taking the defense of this here underdog, I have to go back in time, far back, to the 13th century to be precise. This is how we will discover the long and incredible story of that spot in town. 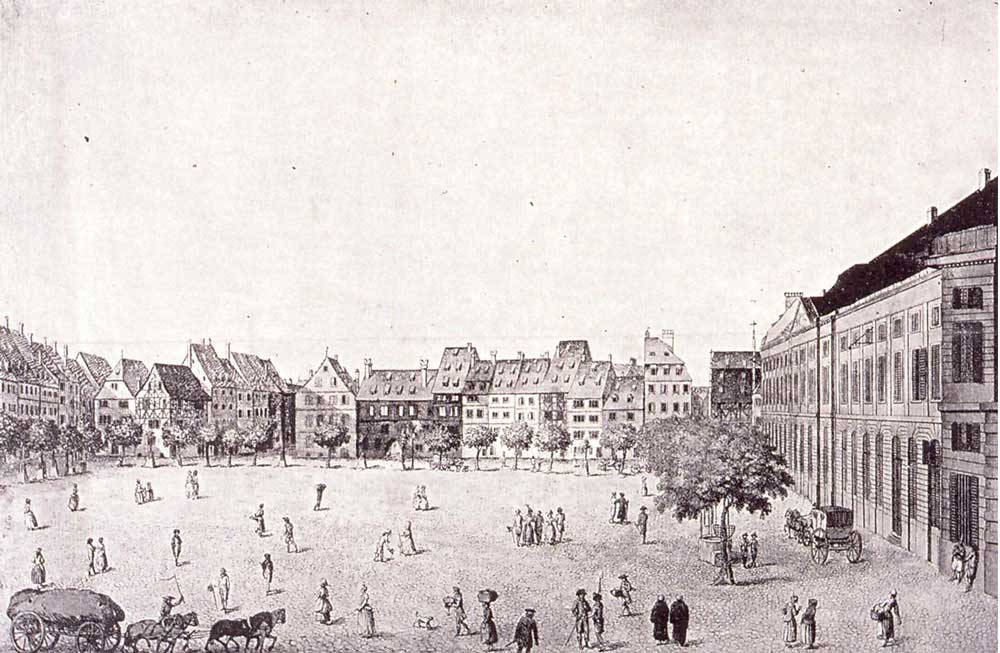 It all begins in 1253 with the Stadelhof, a small hotel that will grow over the centuries by absorbing the surrounding buildings, namely circa 1500 and then in 1789. The first mention of a “Maison Rouge” dates back at 1387: the hotel is then call “Zu dem Rothen Huse”.

At long last, in 1825, it peaks in size: it is now made up of five houses but is not yet unified behind one sole facade. It will have to wait until 1860 for it to become real. In the mean time, a famous artist came to visit in 1839: Victor Hugo.

In 1879, a new owner comes forth. In 1892, he submits a building permit for his great project: to destroy all that is here and replace it with a building that matches the spirit of the times. Perhaps in a parallel universe does this building still exist? In our world at least, it will never reach completion-the project will not even start. This is yet the time when the whole set of buildings is named Hôtel de la Maison Rouge (Red House Hotel).

In 1897, one of the first film screenings in Strasbourg takes place in it. The year after is sadly notorious for a fire that damages the hotel. This is the chance to start the first major works on it at the turn of the century. Those come along with a new facade that will leave a trace in memories. The installation of a lift is also a good sign of the times! 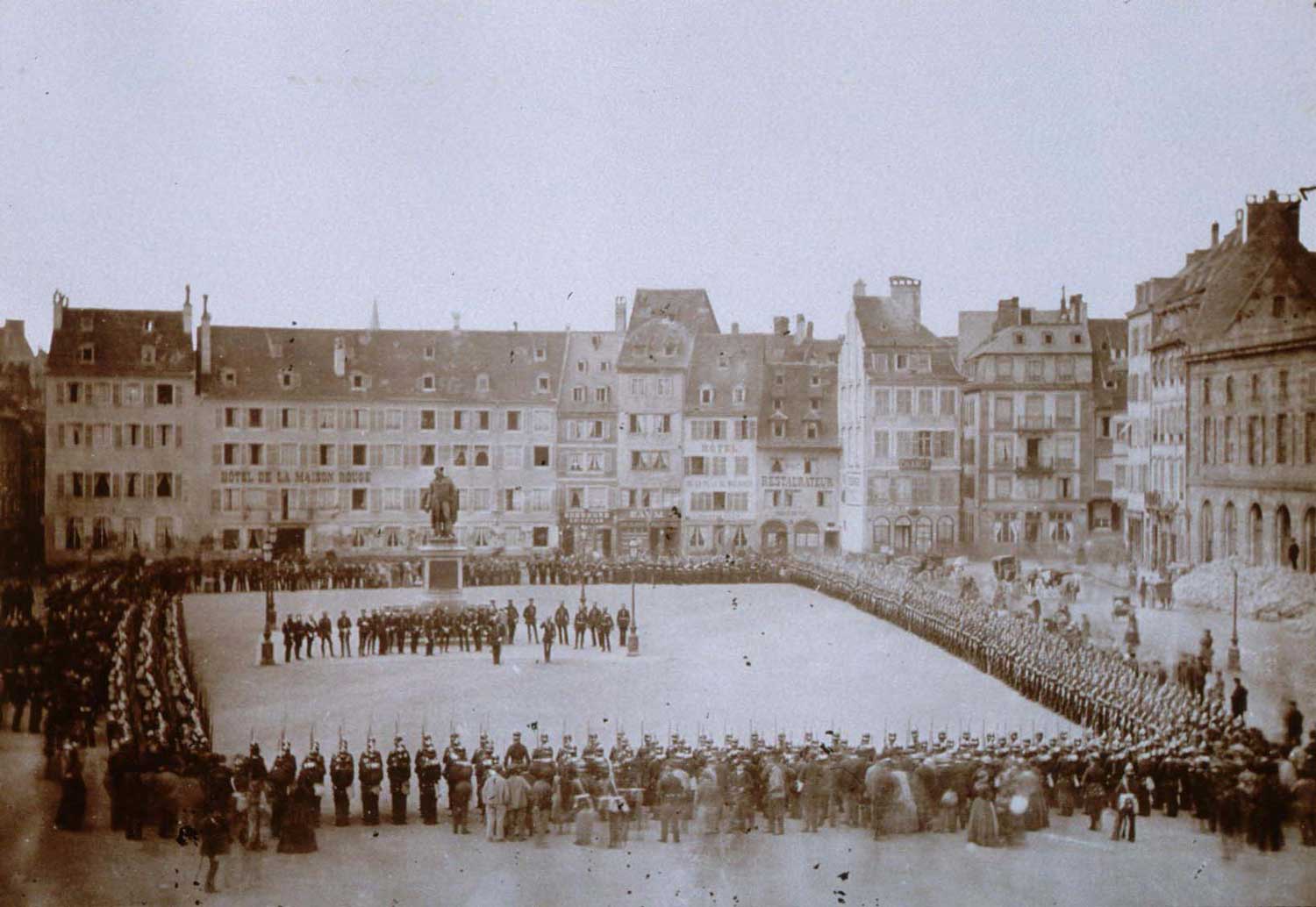 The hotel survives two wars and enters the modern age

In 1915, a bomb falls onto the hotel. Legend has it that some shell fragments remain here and there in the lounges’ walls. At least, that’s a story that goes around for a few years’ time. True or not, this is good material to entertain the hosts. 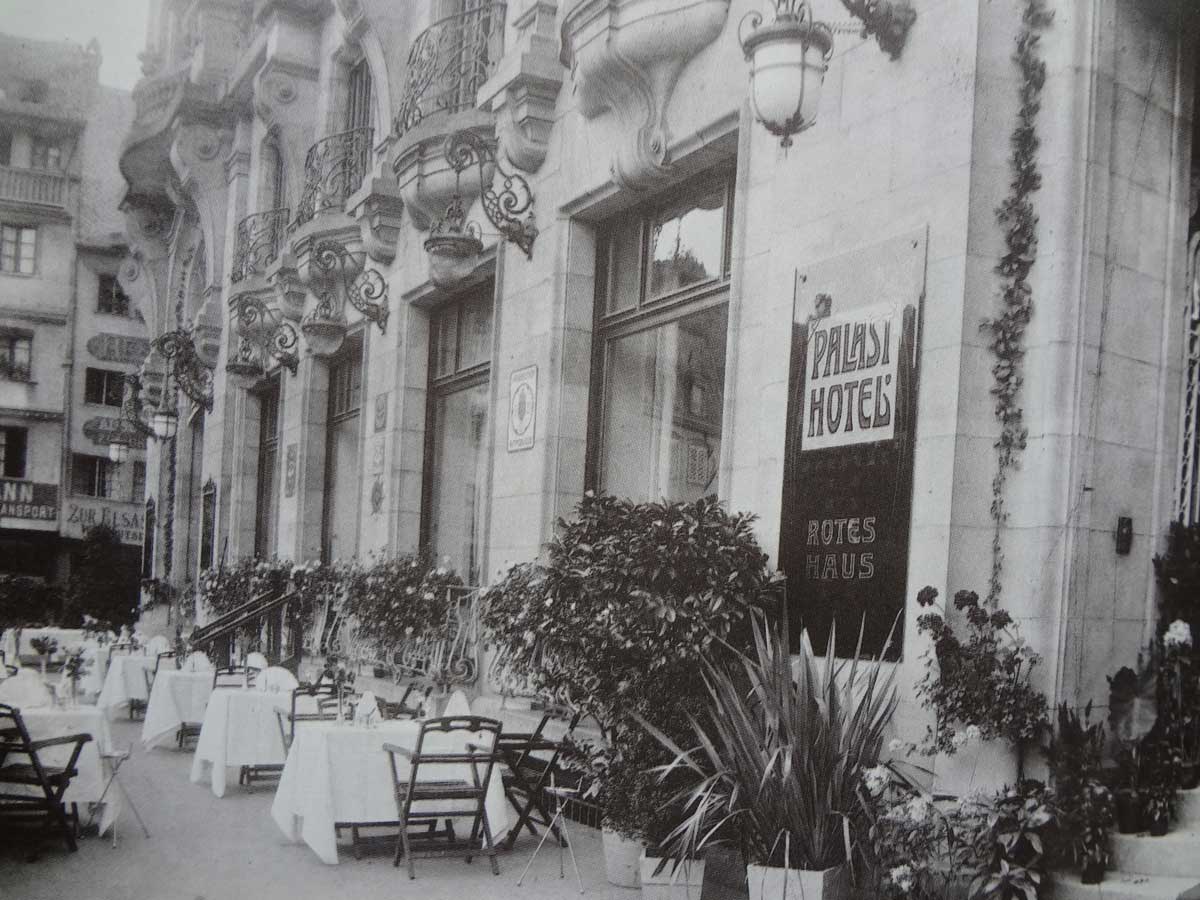 In 1941, it houses an air-raid shelter, big enough for 150 people. In 1944, a new bomb falls on the poor hotel that probably would have liked better to be left ignored…
In passing and to allow us to better appreciate our modern times, allow me tell you that until 1945 the rooms (even in a high quality hotel such as this one) are only equipped with a sink and a chamber pot!

After the war, the hotel life goes back to running its course. In the following twenty five years, it will change its name several times. You might still find in town someone in their sixties who will tell you about the Bar Dancing Ambassadeur with some emotion. Sadly, the writer of these lines was not born yet and, as such, will not be able to testify about it firsthand… Yet it would seem this was the place to be back then.

Then comes the fateful year: 1970. A new fire strikes the hotel, most probably caused by the old electric system. This once, the venerable institution will not be able to recover and the hotel activities stop once and for all in December that year.

The people of Strasbourg will be able to make one last pilgrimage within its walls in 1972, for a Book Fair.

This concludes our origin story for the current Maison Rouge! Upcoming in the next episode: a fierce battle for architectural heritage, a total change of atmosphere in the area and some predictions from our fortune teller!

Until then, if the urge to know more is too strong, do not hesitate to join one of our Free Tours to discover some other buildings in Strasbourg, that will be equally interesting but probably less prone to controversy 😉