In a previous article, we discussed the street names that date back to middle age (and are still in use today!) and how they show the importance of guilds in Strasbourg and their precedence in the city’s political life. Back then, the name made a direct reference to the guild but remained neutral. 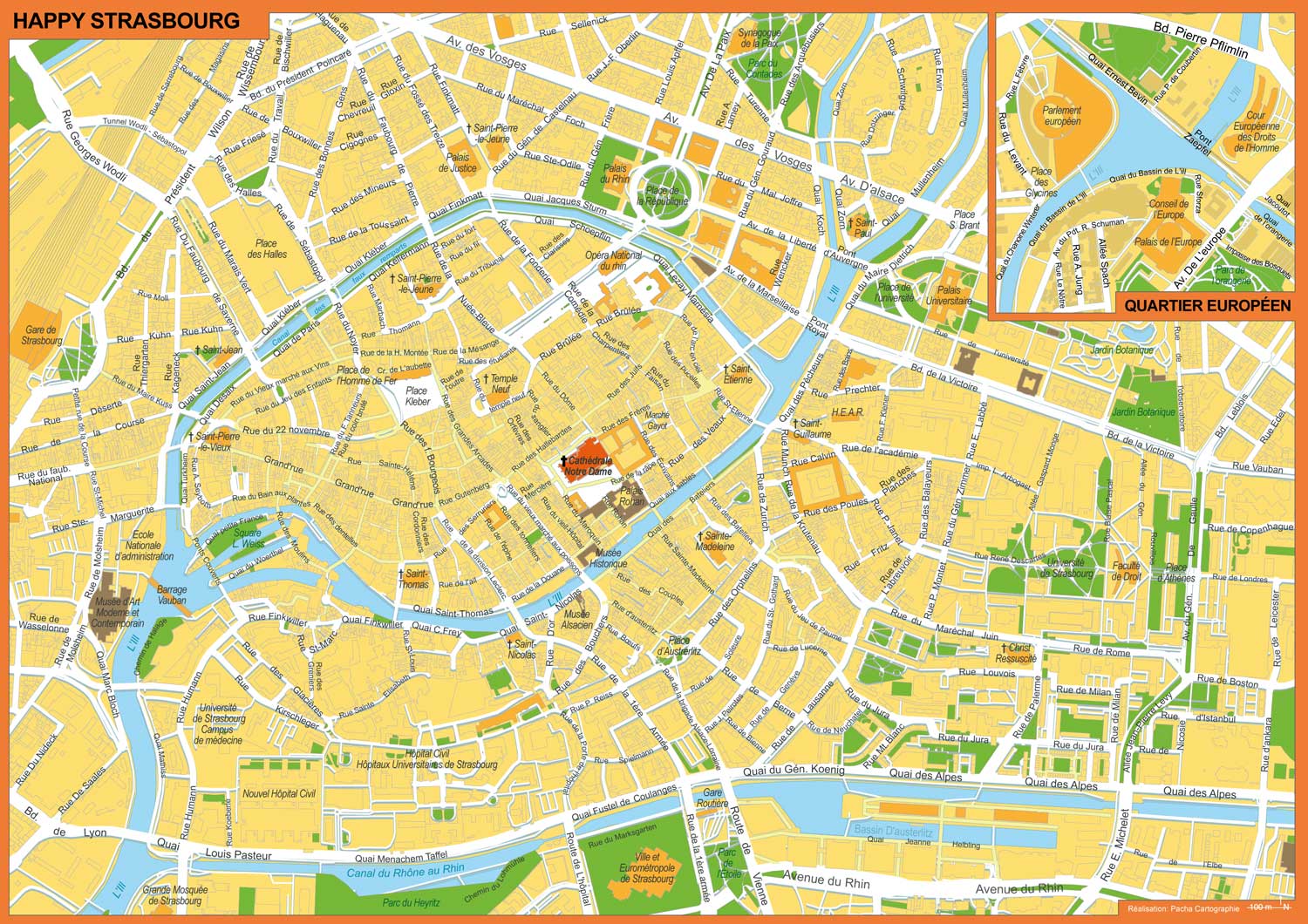 Sreet names in the service of France…

Once Strasbourg becomes French in 1681, the new administration starts working on its administrative structure and divides the city into cantons. Although it belongs to the French kingdom, the names are in Germanic language! However, it is only during the Revolution that the street names will be carefully established (and frenchyfied on this occasion). In a 1792 decree, the Municipal Body, explains: «[…] For a long time, the good citizens have been asking for new names, drawn from the history of our Revolution, from that of the great men that served it with their enlightenment and bravery, that would help attach all our ideas to the Republic’s. The Municipal Body […] pays a new tribute to freedom and the homeland.» The intentions are explicit. 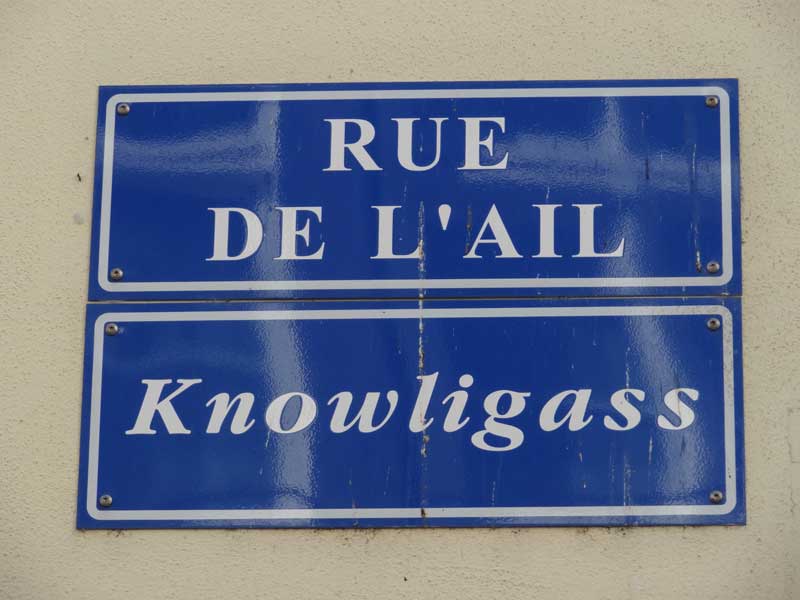 We wipe the slate clean of names with religious or military overtones, or that are directly taken from noble or bourgeois families. The Knobloch street, from the eponymous noble family, becomes Garlic street, the Kalb street becomes Calves street. The street of All-Saints’ Day becomes the Sans-culottes street (the Sans-culottes, litterally « the ones without breeches », were the common people who would become partisans of the French Revolution), the Broglie Square (from the military governor’s name) becomes Equality’s Promenade and Saint-Louis street is… Guillotine street!
Although the French Revolution had a major impact on Strasbourg, none of the street names from that period stuck on for long… The times are changing.

…Or in the service of Germany

1871: Alsace-Lorraine goes to Germany, Strasbourg is declared capital of the Reichsland. Very quickly, the extension works for the «New City» (Neustadt) begin. The surface of Strasbourg is tripled, that makes for an extensive playground. This time, the commission in charge of the names gives a structure to its work with:

Germany is promoted first, as is Alsace to a lesser extent. Of course, all names reminiscent of the French culture are prohibited. 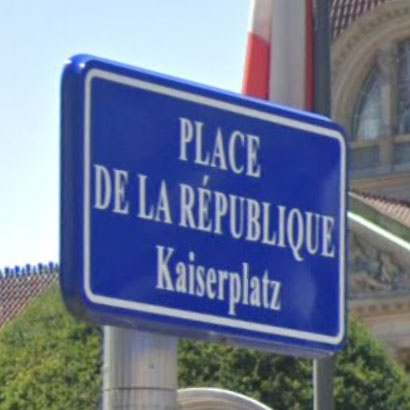 At the end of the First World War, Strasbourg goes back to being French. Needless to say, «The streets get their ancient French name back or keep their current name translated into French» (1919 city ordinance). However, from 1925 on, following the lead of the mayors at the time (Charles Hüber and Jacques Peirotes), the street names are bilingual. The Alsatian identity is born and we take care to root it in everyday’s life.

The last episode of importance will not come as a surprise: the Second World War and Strasbourg’s annexation to Germany. Once again, for a few years, the names will be entirely changed. We will only mention one example from that time: when the Square Broglie was renamed Adolf Hitlerplatz… Even though it takes us a  ittle bit astray from the main subject, I cannot resist the urge to mention that in Mulhouse, it is the Savage street that got renamed in Adolf Hitlerstrasse… but the mistake was quickly noted and corrected.

As you can see, dawdling in Strasbourg’s streets and looking at their names will give you all the necessary clues to grasp the city’s history! Well, that and a free tour or a guided tour with one of our guides will undoubtedly help you decipher some of its mysteries 😉 !

Read part 1 : The origins
Read part 2 : From the Castrum to the Renaissance