As we have seen in our previous article, the street names in Strasbourg have really varied origins. As we study these names one by one, we can find a sample of each historical upheaval the city has known. 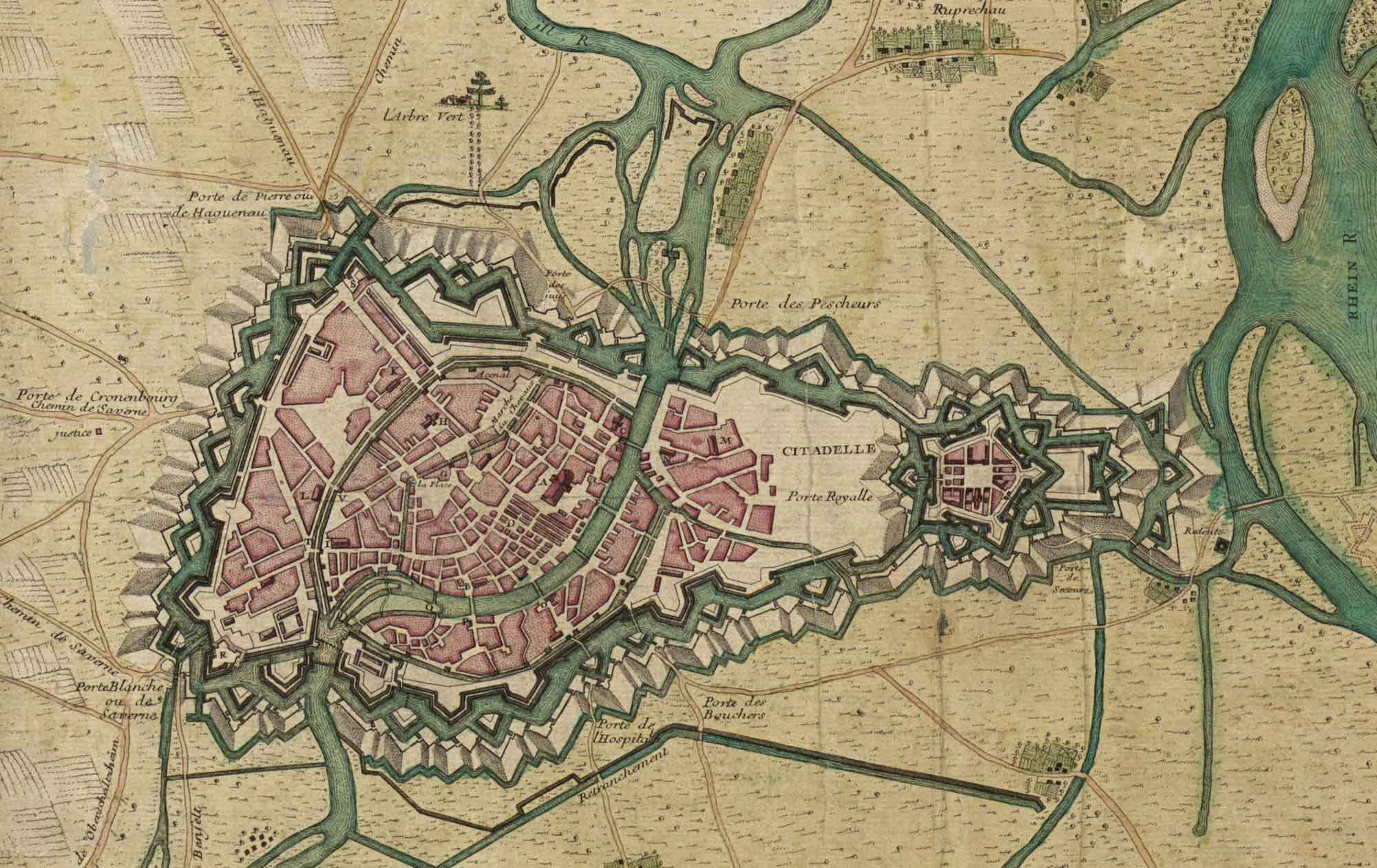 ARGENTORATUM AND THE OLDEST STREETS IN STRASBOURG

The historical district of Strasbourg (the Great Island) shows 2000 years of History and some streets are still here to tell us about it!

The Long street (Grand’rue in French) is the best example: it was at first the Strata Superior, back at the time of the Roman Castrum, Argentoratum. Its current route fits with the beginning of the road that joined the fortified camp to Paris! Moreover the Long Street is prolonged in the west (Koenigshoffen) by the Romans’ road, while in the east it gets inside the boundaries of the Roman city and meets with the Halberd street, originally called Via pretoria or Decumanus, the major East-West axis. Join one of our Petite France Free Tour to learn more about it! 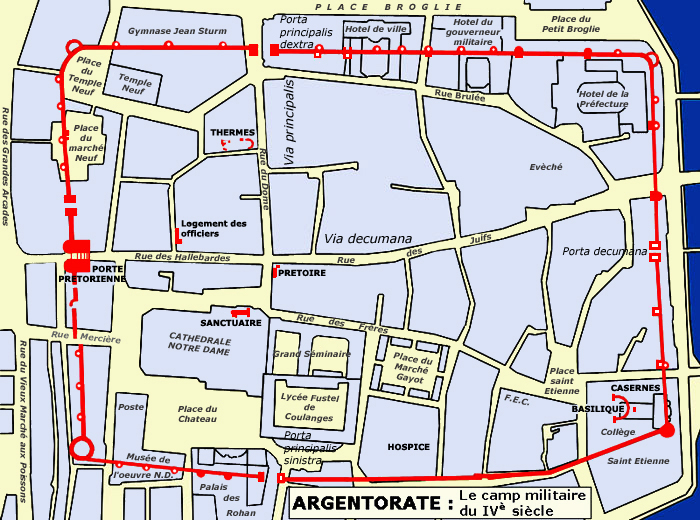 The Dome street is of course a reference to the Cathedral, «doma» being originally the «roof of the house», then by extension the «roof of the house of God». Similarly to the Long street, that path is at the time of Argentoratum the via principalis or Cardo, the main North-South axis. All the following names will make a reference to the close proximity of the Cathedral: it becomes the Münstergasse (Cathedral street) as soon as 1237, then the Great Church street, the Priests street, the Dome street… One can mention a very interesting exception though: during the French Revolution, it will be named Philosophy street (the Cathedral itself becoming the «Temple of Reason»).

A memory of the middle age

The middle age also leaves its traces, in particular that of the guilds, which ran the free imperial city between 1334 and 1681. These organizations each had access to a stove, considered the «headquarters» of the guild, where meetings would be held and decisions be made. Many guilds gave their names to streets, either because their stove was there or because many workshops of their members were installed there: the Carpenters street, from the eponymous guild, the Stilts street (Goldsmiths), the Coopers street, the Anchor dead-end street and the Skippers dock, the Fishers dock… There are a great many examples that can be found either on the island (also called «ellipse insulaire» in French, the oval island) or in the Krutenau district. 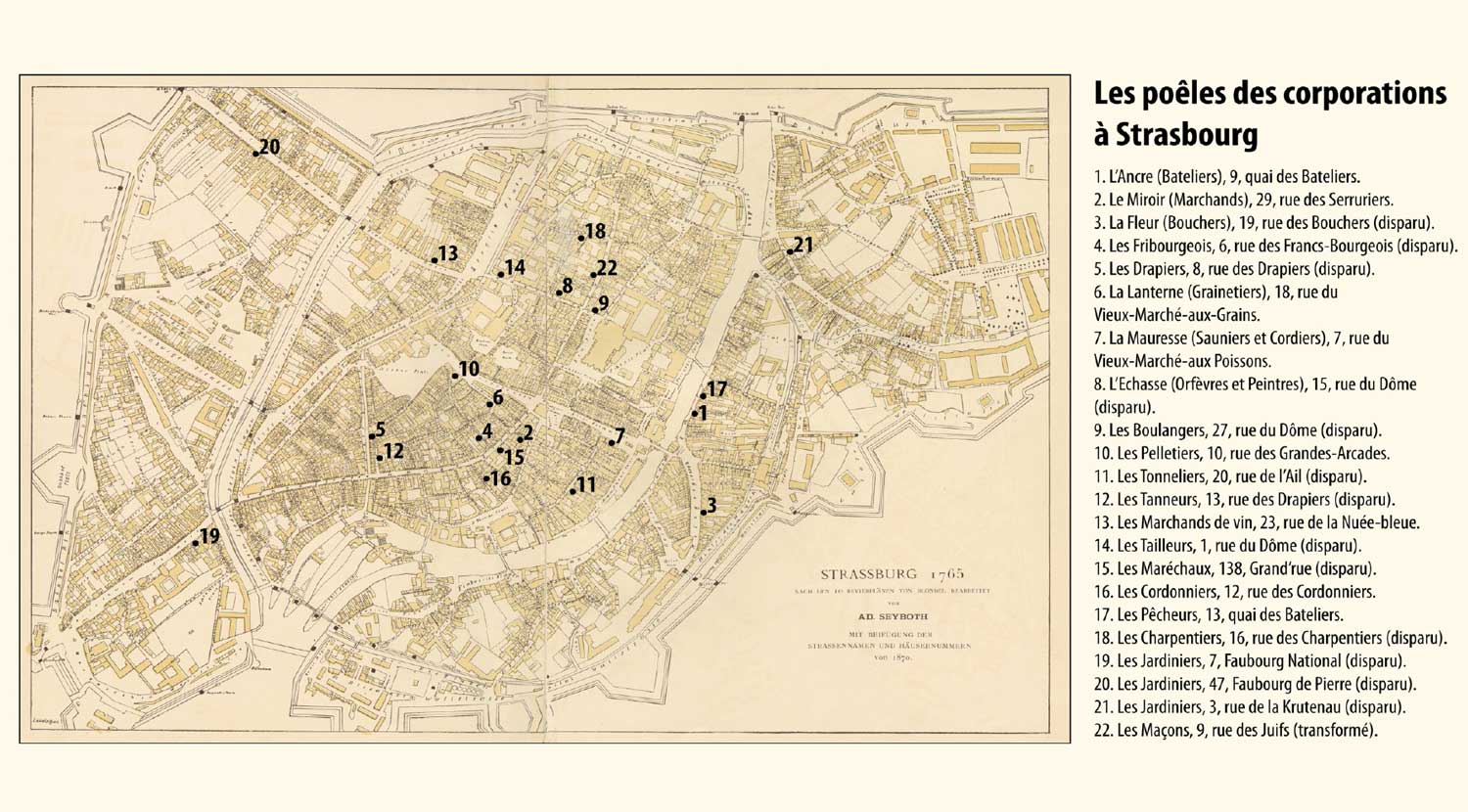