Strasbourg, the origin of a free city

We live today in a cosmopolitan, French and european city of Strasbourg. A city that faced many political, military and cultural changes. But during one of our Free tours, you may hear along the way about a free and independent city, taking its own political decisions, and this is most probably said with a hint of pride. 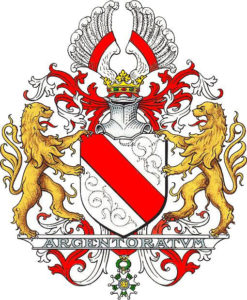 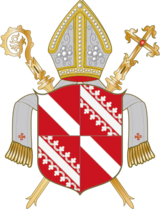 To begin with, when was that ?

For a long time, Strasbourg was a city directly subjected to the kings and emperors of the Holy Roman Empire. Its established governor was none other than Strasbourg’s bishop, avoiding thusly a count, a duke or any other titled individual. The bishop exercised his authority through a few administrative persons taking care of the common management. Yet it does not mean the city became an incarnation of the episcopal kingdom. On the contrary, it seized any opportunity to escape the bishop’s influence.

On a regular basis, it used to its advantage the opposition between the Papacy and the Emperor. By siding with the latter, Strasbourg often succeeded in being rewarded for its fidelity to the Crown. This way, in the 12th century already, the emperor Henry V gave the city the right to have its own city council, to the bishop’s great displeasure. The 12th and 13th centuries see a continuous war of influence between the city’s growing institutions and the bishop who wants to keep control.

A declaration of rights

The point of no return is passed when the emperor Conrad IV, last of his line, dies and leaves behind a war of influence across the Empire. Like many cities, Strasbourg used the interregnum before the next emperor was elected to assert its own management. In 1253, the Rhine cities, from Basel to Cologne, including Strasbourg, join forces to support one another. But in the face of such a substantial power as that of a bishop, not to mention that of other lords in the vicinity, there is nothing better than a good old sword to gain some respect. Strasbourg thus arms a hundred ships with archers, and has its new statutes signed by its neighbors who lacked conviction. A business well conducted, given the next emperor ratified it. 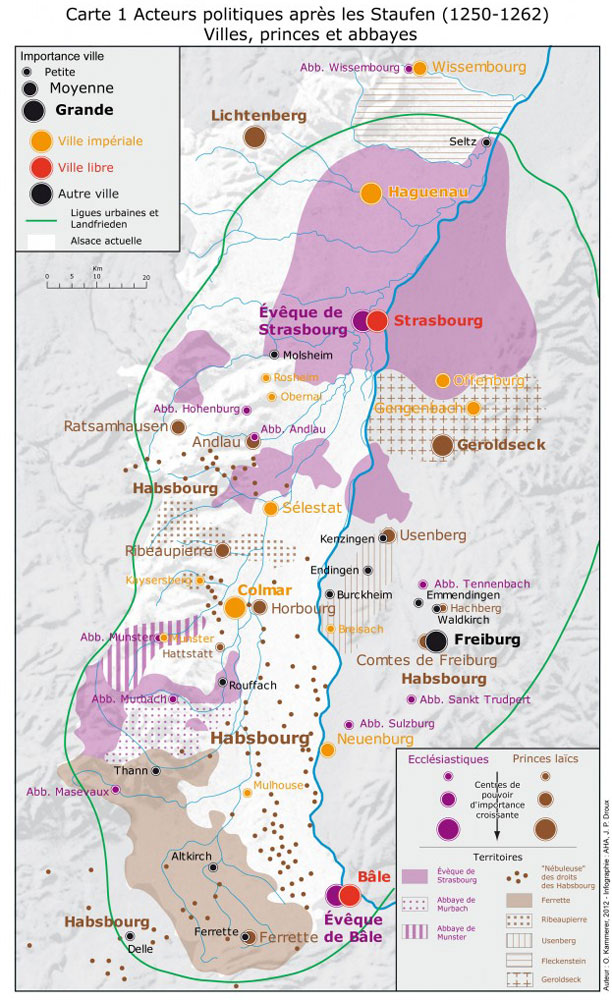 But a right claimed at the point of the arrow can well be countered by the sword. Strasbourg’s succeeding bishops were not agreeing. Walther of Geroldseck, holding the title in 1262, tries to “put the city in interdiction”, that is to temporarily excommunicate it. So be it :  Strasbourg forces its priests to officiate and tears a castle down (Haldenbourg, near Mundolsheim), just to make things clear.

And here starts the escalation ! In the end, the matter is settled near Oberhausbergen, with weapons and blood. That of the bishop’s brother, in passing. Some of the bishop’s villages were also burned down, to make a point.

There it is, we commence talks!

All is wrapped up in 1264, leaving only a remote influence to the bishop, and the city (now under the direct custody of the Emperor) is given free rein. We will still have to wait sixty years before Strasbourg’s first constitution gets written : called the Schwörbrief, it will be the first in a series of variations on that theme. 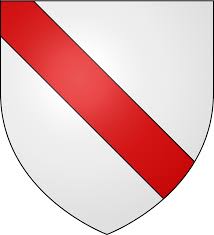 Read also : “About the Schwörbrief and Strasbourg’s political system