About the Schwörbrief and Strasbourg’s political system

After numerous hours spent into books, your favorite guides in the Happy Strasbourg team enjoy debating among themselves on different details of Strasbourg’s history. The favourite topic is, of course, all that makes Strasbourg unique.

And what better example than the Constitution of our beloved city? That’s right! Strasbourg was for a long time a free city with its own Constitution and we were used to voting even before we became French with Louis the 14th.

I thought it was high time to synthesize (a lot!) the political system that ruled for more than 450 years what would become the capital of Europe. 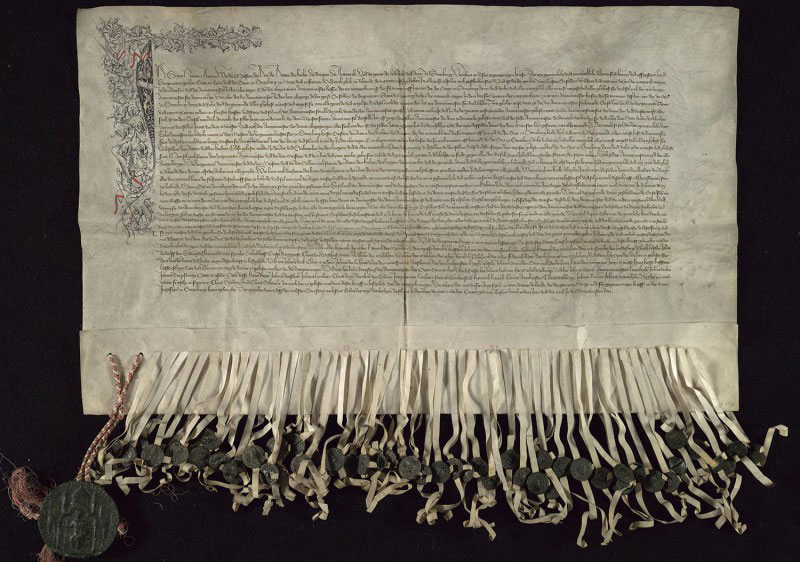 First of all, let us recall its beginnings. After a troubled time and the break up with the preceding ruling power (see the article “Strasbourg, the origin of a free city“), Strasbourg wants for itself an independant political and administrative system. This is by the way only possible thanks to its status of free city of the Empire (german: Freie Reichsstadt). It is liable to the imperial power but not to the emperor, its only real duty to the latter being the sending of troops for war.

In 1334 then, the bourgeoisie and the guild-organized craft sector join to exploit a new argument between nobles. One evening, the Müllenheim and the Zorn, two major noble families, come to a drunken disagreement (and quite the one, we could say: it ends up with 21 deads in 2 days). And WHAM! We go over the system and the first Schwörbrief is written.

First of all, what is it ? The Schwörbrief is Strasbourg’s Constitution, litterally the Letter of Oath.

Indeed, one of the first ideas is to decide on a day when we swear an oath of respecting the (brand new) Constitution: the Oath Day (german:  Schwörtag). It traditionally takes place on the Tuesday following the 1st Thursday in January. We would read the Constitution, the Schwörbrief, in its entirety (it wasn’t too long, we would not spend the day reading it). By the way, this is the day we would perform the  Büchmesser tradition (if you want to know more, come to our Free Tours!).

In that Constitution, the political organization of the city would be reminded.

Here is a version of the organization chart, which changed a lot. This version shows the organization that lasted the most, getting a foothold along the way in the 15th century, almost definitive in 1482 and which would meet its end in 1789 with the Revolution. 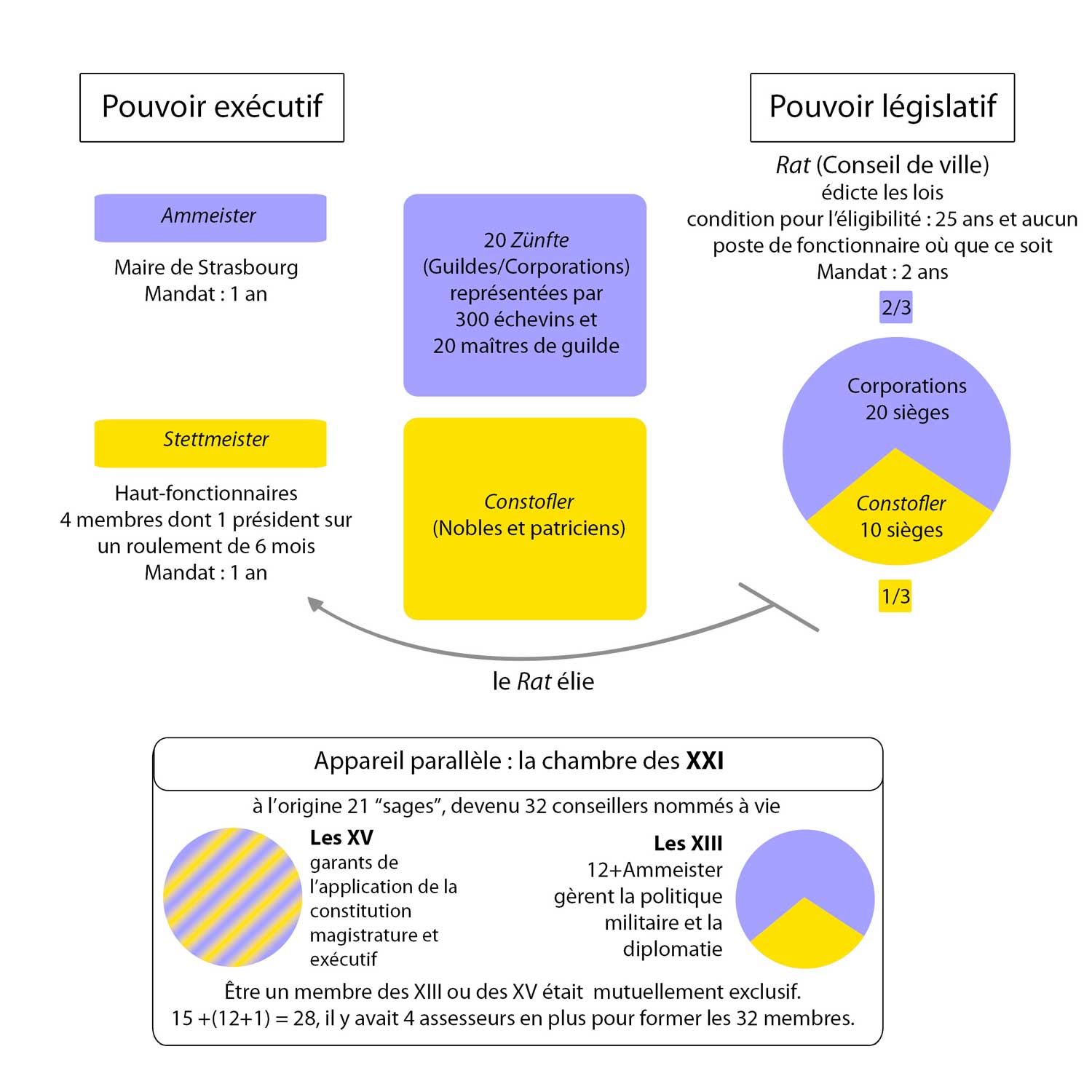 Read also : Strasbourg, the origin of a free city