Strasbourg has always been a city of canals. Built in the origin between two arms of the Ill river, on an island called nowadays the Great Island, it had many more canals. The successive phases of urban planning along with some changes in their use led to them being displaced, covered or simply to disappear. It is not always easy to know if these canals were some repurposed river arms or if they have been completely dug by man.

One of these canals was located at the heart of the Petite France district and gave its name to the street that currently covers it. I want to talk of course about the Tanners’ ditch. 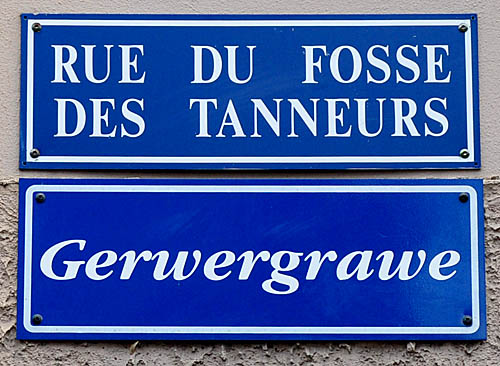 The origins of the ditch

The Tanners’ ditch is one of these names that tells its own story. But that story starts  before this well known name. 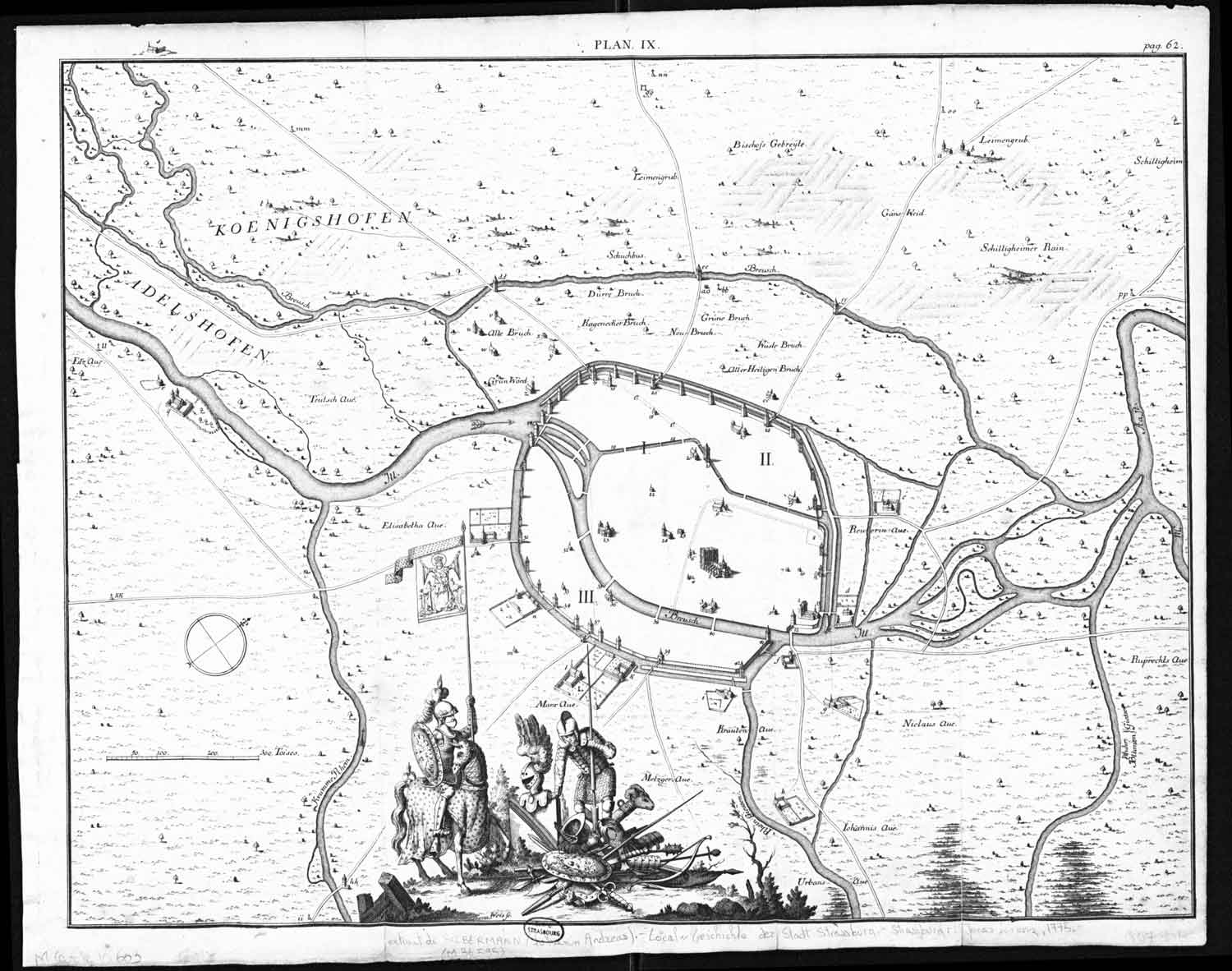 During middle age, the city slowly expands. For a long time, it only occupies part of the Great Island, delimited in the North by a defensive canal that goes from St Peter-the-Old’s church to the current Square of the Homme de Fer, and which empties itself at the end of the Square Broglie. In the 13th century, when the city decides to include the northern area, the mouth is moved to the south, on what is currently the Square Benjamin Zix.

This canal quickly takes the name of its main users, located at its entrance. Already in 1286 is it called “Unter Gerwern” (alsatian for In-between tanners or Under the tanners). After the Revolution, it will take its first definitive French form: the Tanners’ ditch.

The entrance was fitted with a water lock and barges would often pass there, transporting tan or bundles to be discharged on the dock north of the Long street. The canal, in the midst of the city, was also the district’s drain. It was used to dispose of the sewage and carried the tanners’ putrescent waste. Yet, a constant stream helped to avoid having the smell stagnating there for a long time.

In the 19th century, many phases of urban planning changed Strasbourg’s aspect. At the beginning of the century, the Homme de Fer – Broglie part was first covered. Then, between 1836 and 1842, the cover would run all the way to the Long Street. During the construction of the Opera, from 1804 onwards, the flow was impeded and the stagnating water brought the legendary smell that would permeate the dock’s vicinity. The last part was covered in 1877-1878 and became the street in which we like to tell you one anecdote or other during our guided tours.

Of course, today the sewers do not flow there anymore, the tanners have left and the underground cesspool is nothing more than a discrete opening that you can see at the river’s level. But the tanners’ houses, that you can point out thanks to their ancient roofs with skin-drying galleries, plus the evocative name of the street covering the canal, still inspire us during our Free walking tours in the Petite France district. 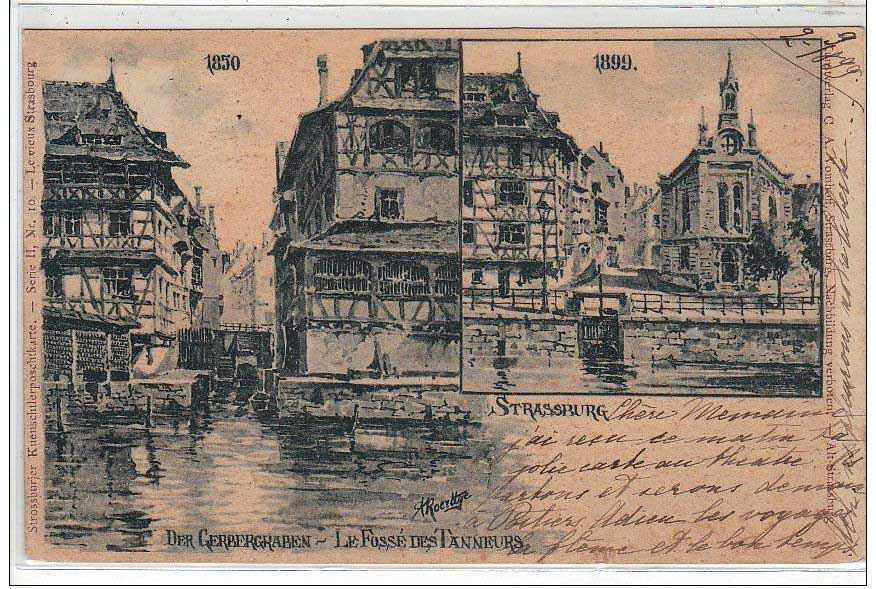